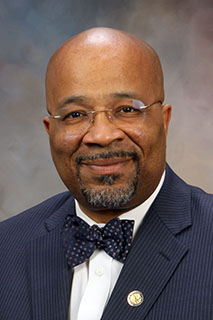 by Albert B. Kelly, Mayor, City of Bridgeton

One million of anything is an achievement and milestone to be recognized and celebrated. It’s why stores announce when they’ve served over a million customers. Most of us have passed a McDonald’s restaurant and seen a sign announcing just that.

So naturally, I was impressed and gratified to learn that the Bridgeton Food Service Department (BFSD) had, as of October 2020, served over one million meals to Bridgeton students since March. This includes those meals served while school was in session as well as the meals served through the summer months. This included breakfast, lunch and dinner.

That might not sound like a mark worth celebrating, but in a year with a global pandemic, when the world got turned upside down starting in March, asking some 73 employees in the BFSD to meet the needs of 6,000 students was no easy or safe task. As you might expect March, when the pandemic hit, had the lowest number of meals served (65,364). In contrast, the BFSD team served 296,997 meals in the month of October.

Much credit goes to Warren DeShields, director of Food Services for Bridgeton Public Schools but he would be the first to tell you that the credit belongs to the dozens of people who make up the BFSD. As someone who has gone on at some length about the importance of proper nutrition, I don’t believe this accomplishment should be underestimated.

There might be some who would dismiss this as simply feeding a bunch of poor kids and so it is, but to those who would take such a stance, hear this: For such an effort to even be necessary is really all the commentary required on the subject of income inequality and the need for social justice.

Here in Bridgeton, over the last several years, upwards of 2,200 renter households spent 30 percent or more of their gross income on rent with some 52 percent of these earning less than $20,000 per year. The poverty rate overall in the community is 32.2 percent, which explains why the poverty rate for children under 18 approaches 42 percent.

The food insecurity rate among children in Cumberland County is approximately 18 percent with no less than 87 percent eligible for the free and reduced meal program. In Bridgeton, that number is above 95 percent. A lack of proper nutrition impacts a child’s growth and development as an empty stomach prohibits learning. Food insecurity isn’t a momentary issue, it casts a lifelong shadow.

The effort to feed 6,000 students encompasses pre-kindergarten through the 12th grade. And for the record, this is a little more complicated than simply slapping some peanut butter and jelly onto bread. The BFSD team, like all districts, has to plan out a menu that meets the standards set forth by the USDA and NJ Department of Agriculture regulations.

Moving over a million meals out the door to feed some 6,000 students when measured against the broad landscape of New Jersey translates to this: Bridgeton is one of five districts in the state that the NJ Department of Agriculture has labeled a “food hub,” which means that Bridgeton offers every resource available: breakfast, lunch, dinner after school snacks (i.e., the fresh fruit and vegetable program) and Summer Feeding.

And that’s no small thing. 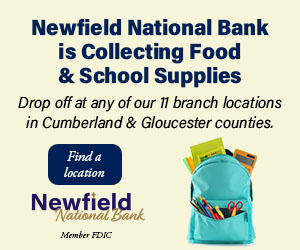 Callout for Singers for December 12 Performance of ‘Messiah’ 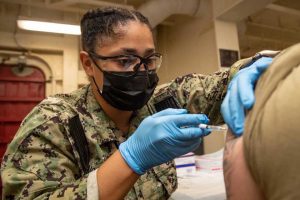 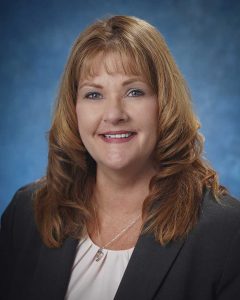